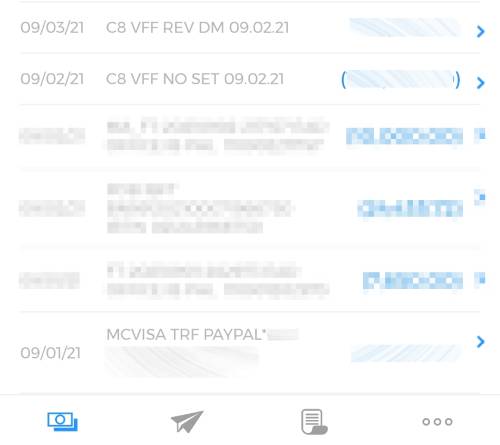 So, I have recently been using BDO to receive my PayPal USD compensation to get a better USD rate conversion.

For the first ever transaction with BDO, it went without a hitch.
I have been using UnionBank for the last year since they have a better USD to PHP conversion than BDO.

During the second month is when the frustration came. Here is my estimate timeline during those incident: 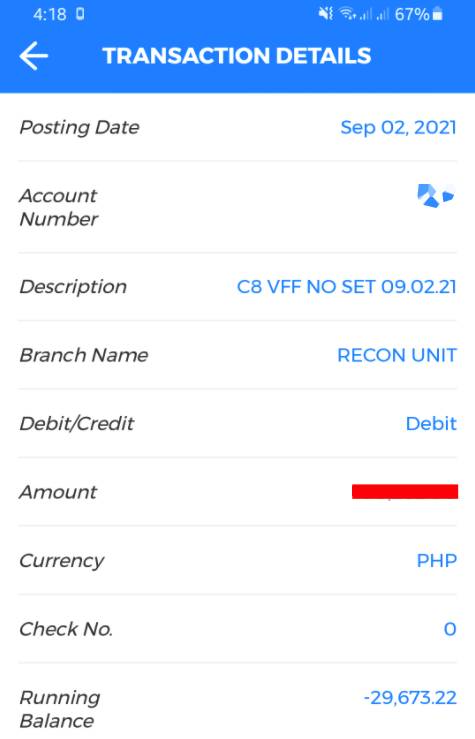 I immediately checked my transactions and there it is, the C8 VFF NO SET description with a RECON UNIT as the Branch Name.

What basically happened was that the amount I sent from PayPal was reversed, and since the amount I transferred out was greater than my previous balance, I now have a negative balance account.

it’s a security measure on their end. They hold those balances with the assumption that it could be from illegal transactions such as money laundering or something
https://www.paypal-community.com/t5/My-Money/B8-VFF-NO-SET/m-p/2454051/highlight/true#M159560

So I just figured out that I would just wait for it and it should be debited back to my account.

The following day (September 3rd), a representative from my local BDO Branch called and asked why is my account in a negative.
I’ve explained to them that it is BDO’s transaction and should be reveresed in 24-48 hours time. They’ve advised me to call BDO’s hotline (+63286318000) since they cannot call on my behalf, the account holder must initiate the inquiry.

Now here’s the funny thing during that call with BDO’s Customer Hotline, they are advising that I should contact PayPal about it since they believe that it is PayPal’s reversal of transaction and from their end (BDO).

I had to insist that I disagree since I have been sending from PayPal to UnionBank and had never encountered this issue. I also had to relay what I have read from the PayPal’s community pages of similar issues.

The representative then told me at that moment that my account was actually not in negative balance and that there was a debit transaction earlier. I am not sure if it was just a coincidence or he had done something about it because he did not told me.

We had to end the call since I cannot use my mobile data to check my balance using their app and in fact when I checked my balance is now what it was supposed to be.

So now I think it might be best to send my PayPal USDs to UnionBank instead before I transfer it to BDO just to avoid that issue.

My guess is that there is certain amount limit you can send from outside of the Philippines to your account locally. Take my experience where you won’t be able to send to GCASH if you have accumulated a ₱100,000.00 within 30 days. This may also be the case with BDO, but unlike GCash, BDO will accept the transaction then later on hold it rather than fail the transaction entirely.

This preapproved payments plan gives GCash temporary permission to transfer your PayPal funds to your GCash account, with a limit of USD 2,000 or around PHP 100,000, equivalent to your GCash wallet limit.
https://help.gcash.com/hc/en-us/articles/360020285753-What-is-a-PayPal-preapproved-payments-plan

I was just lucky that I’ve paid my bills before the hold happened or else I would be a very pissed customer.